EWF bridges the gap between private and state education

Imagine a world in which our children’s classrooms are brimming with experiences to inspire creativity, appreciation of world art, physical challenges such as wall climbing and gazing at the stars via planetariums, standing with dinosaur skeletons to studying the world through electron microscopes, alongside 4D immersive rooms in which to travel through space and time… Truly a vision of the future that we aim to create.

So how do we make this possible for children in the state system?

Historically, most of our doctors, barristers, High Court Judges, army generals and elite sportspeople have emerged from fee-paying schools, and with 90% of our school-age children attending state comprehensives and only 5% at fee-paying schools, the divide is disproportionate. In fact, according to City University (2016) the lifespan gap between rich and poor is widening for the first time since the 1890’s, a worrying trend which urgently needs reversing.

A new approach is needed if we are to provide equality of opportunity between the two sectors.

The Benefits of Wealth Funds:

Some of the wealthier long standing private schools are able to charge higher fees and have financial support from a wealthy alumni as well as, in some cases, an endowment pot that provides for a range of experiences not afforded by the state sector.

The Educational Wealth Fund (EWF) is the inspiration of former science teacher and now CEO, Jason West FRSA who first published his vision for narrowing the gap between the private and state schools in 2017. He could see how an endowment fund could provide a sustainable income stream to fund inspirational projects in UK state schools, thus bridging the gap between the private and state sectors by directing capital wealth where it is needed most. When I was approached by Jason to head up the Board of EWF trustees, I jumped at the opportunity. Having worked in both the state and independent sectors and being instrumental in the development of the original academy endowment concept, I could clearly see the benefits endowment funds would provide for young people in the state sector.

I totally agree with Jason that Change begins with inspirational teachers and a framework of study which holds mental health at its core for both teachers and students. Additional resources are needed to attract new staff to disadvantaged areas and the EWF vision will include the creation of a peaceful environment within each school, access to the natural world, the creative arts, local traditions and encouraging a culture of sustainability.

EWF has a Board of talented and committed trustees and a growing number of supporters and eminent patrons including naturalist Chris Packham, Sir Ranulph Fiennes and Professor Ian Golding who share the same vision for a future in which 21st Century learning involves full interaction with the real world and is part of our children’s daily curriculum.

The EWF is passionate about bridging the educational gap so that Curiosity and Wonder are finally brought into all classrooms across the UK.

I listen and I forget, I see and I remember, I do and I understand. 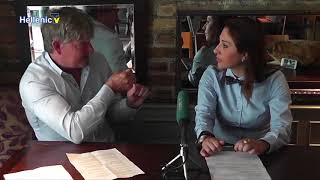 School's Out for 130 million Girls

Avoid ‘Eggs in one basket’